Lake Washington has, much to my happiness, done away with "mid-winter break" and this year started having a 4 day weekend for President's Day (meaning they had last Friday and today, Monday off). Northshore has this whole week off, so Shane's preschool has this whole week off. Didn't we just have a break in December!? Come on, another week off a month and a half later is just plain silly. Anyways, enough with my rant.

I decided we were going to make this week count. Today we started with a trip to the Seattle Aquarium. With Adalyn's nap schedule we just haven't made it out to the big adventures in our area the past couple years. She now down to one nap and I can push it noon or even 12:30 on some days. Giving us enough time to hit something up for a couple hours in the morning.

It turns out we don't take Shane into the city enough. As we drove onto 520 heading over Lake Washington into downtown Seattle, he couldn't contain himself. He was bursting at the seams. There was so much to see: tugboats and cranes working on the new 520 bridge, cranes over Husky Stadium, boats out on the lake, water planes over head, house boats, sail boats. Then as we got onto I5, he could see the Space Needle, sky-scrapers, bridges, crazy looking buildings (EMP) and the list goes on. He kept yelling "Wow, I love this place" over and over again. Then Adalyn would say "me too place". (She refuses to say the word love.) As we got downtown he love affair continued. He told me "I love the city".

Who needed the aquarium after all that excitement!?!

We still headed in for our more of our adventure in the city.


The Seattle Aquarium offers "Toddler Time" a handful
of Mondays through out the year.
Today was one of those days.
The kids had a blast checking out a room full of fun kid stations. 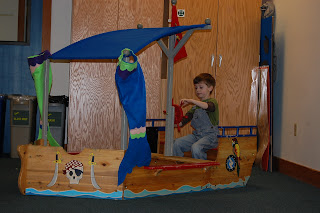 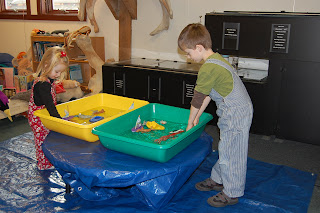 This station combined Shane's love of stuff animals
and Adalyn's love of books.
They could have spent the whole day there. 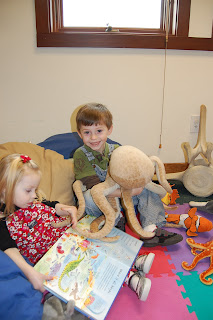 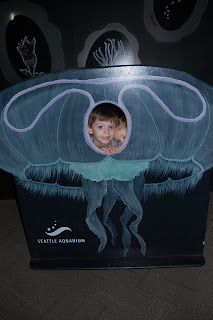 This kid couldn't contain himself inside the aquarium either.
There was just so much to see and do,
he wanted to do it all right now and all at the same time.
He tends to explode on either side of life: excited/happy or angry/sad. 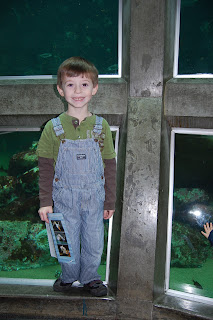 Checking out the big fish. 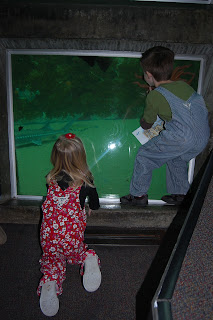 The otters were one of our favorite things to see.
They were hilarious!! I could have watched them all day. 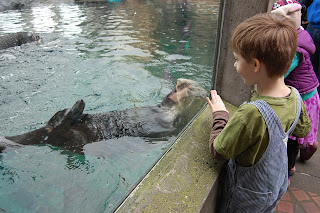 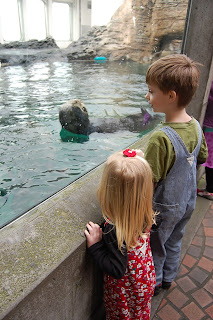 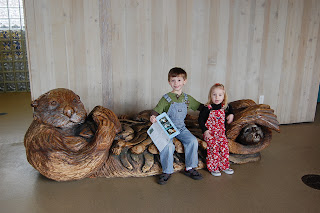 Shane could have stayed a lot longer, but Adalyn needed to come home for a nap. Some day we'll work our way up to all day adventures. For now this was a perfect baby step towards that and a great kick off to our mid-winter break.


Posted by Jessica at 1:00 PM No comments:
Email ThisBlogThis!Share to TwitterShare to FacebookShare to Pinterest 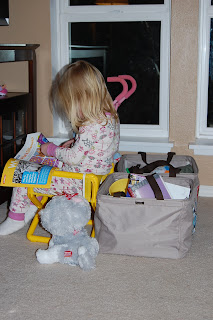 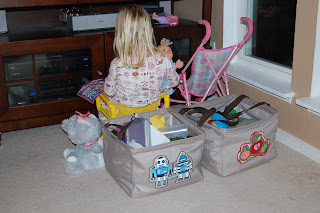 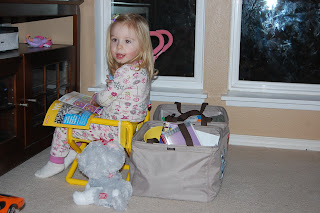 Posted by Jessica at 8:16 AM 2 comments:
Email ThisBlogThis!Share to TwitterShare to FacebookShare to Pinterest
Newer Posts Older Posts Home
Subscribe to: Posts (Atom)