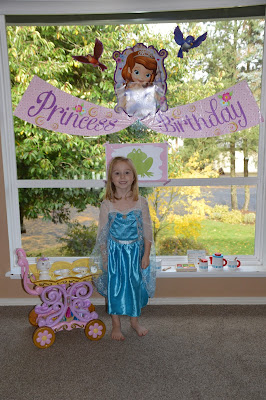 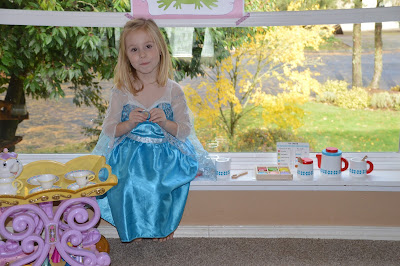 Our baby girl turned 5 today and she fills those shoes perfectly already. Just in the past month she has increasingly become more independent. Doing tasks all on her own. Problem solving things that she is struggling with. Thinking about other people other then herself. Her interest in the ABC's is slowing increasing. Though she'd prefer to craft or take her "babies" for a stroll then to learn about letters or numbers.

She had a princess tea party birthday bash over the weekend with 11 of her closest friends. They arrived in princess attire and were all giddy to play and eat cake. 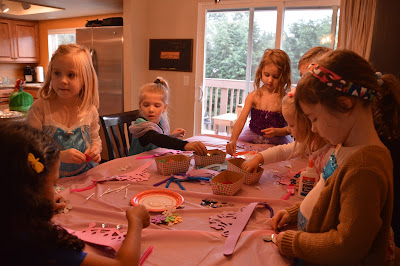 Busy crafting their princess crowns while the other half searched for the missing glass slippers. 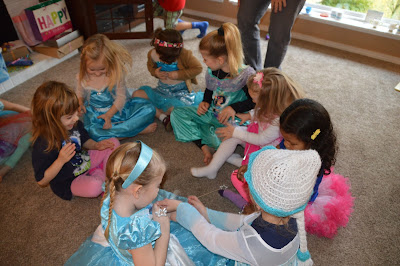 A lot of giggling happened while we played the game "pass the wand". 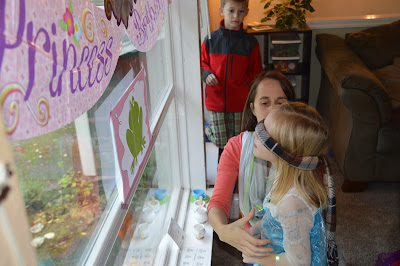 My favorite game was kiss the frog with real lipstick. A handful of the girls wanted nothing to do with this game while many wanted to play it over and over again. 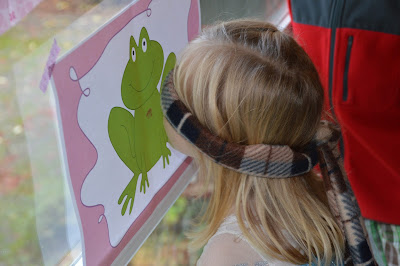 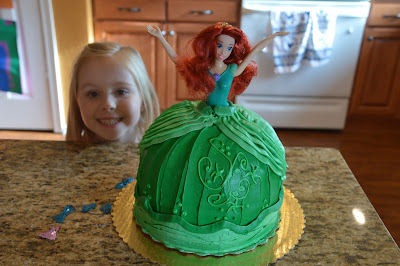 She begged for a princess cake and I pretty much couldn't turn her down. Thanks to Safeway, they whipped one up for us. She picked chocolate with vanilla in the middle. Chocolate is totally not her, but I guess when you are 5 your likes change. 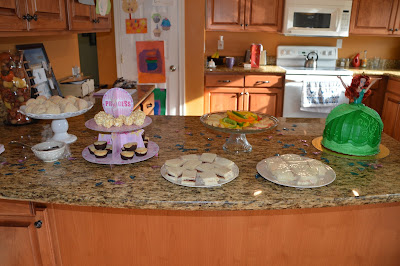 I let her pick pick the menu. Her must haves included peppers of all colors (though the green were for her friends, 'cause she only likes red, yellow and orange peppers), apples ('cause she is an apple monster), PB and J tea sandwiches. From there we added turkey tea sandwiches, scones, mini popcorn balls and mini brownies. 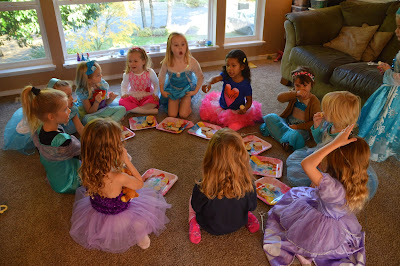 The little princesses sat so very nicely and ate their snack. 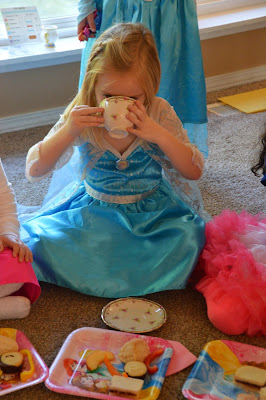 And they drank their "tea" in fancy tea cups (Adalyn wanted lemonade instead of real tea). 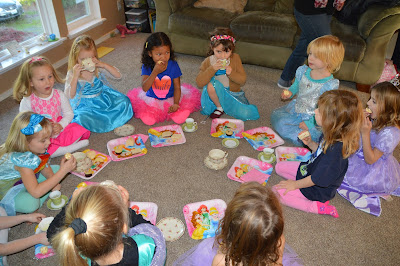 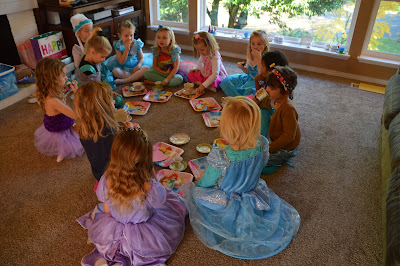 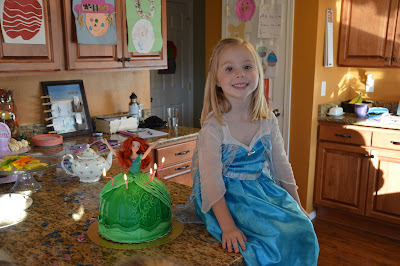 Time for some cake. Daddy needed to help her blow the candles out. 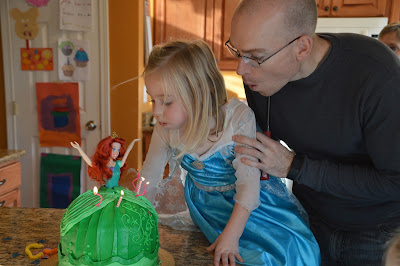 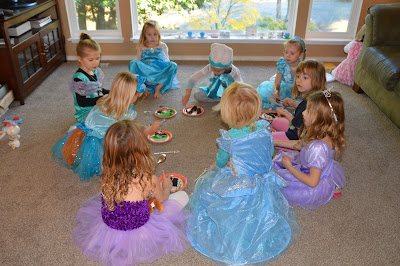 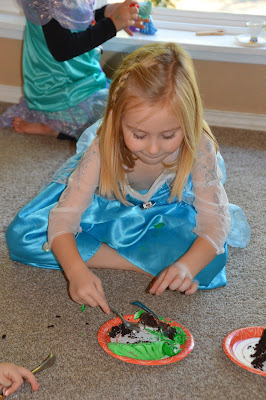 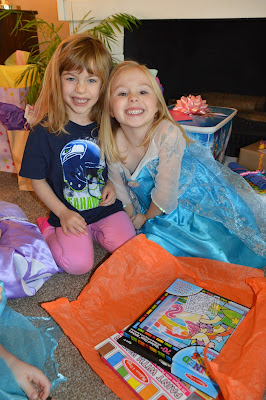 Present opening was a hit. Smiles all around.
Cousin Arli and Adalyn 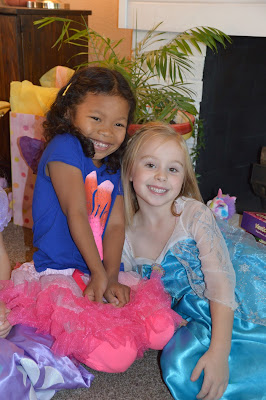 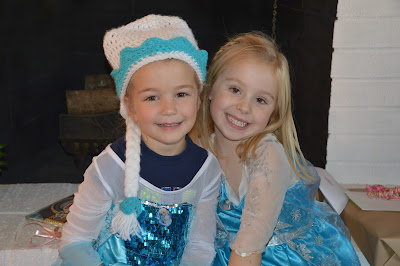 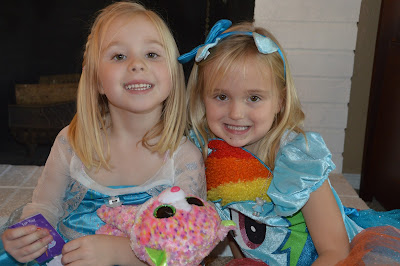 The party was a hit. The girls had a blast. We feel very blessed that Adalyn has such great friends to share her birthday with and thankful for the people that hoped in to make sure 12 little princesses got everything they needed. 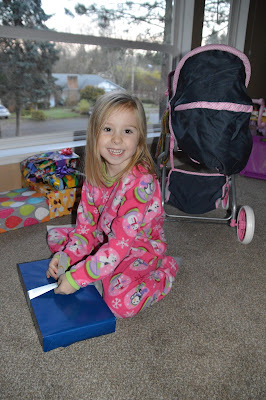 This morning, on her birthday, we spent the first few hours with out power. School was canceled for both kiddos, so the day ended up being quite different then planned. That didn't shake her the least bit. She couldn't believe Brother got her the best stroller in the whole wide world, plus 3 new baby dolls for her birthday equaled one happy little 5 year old girl.